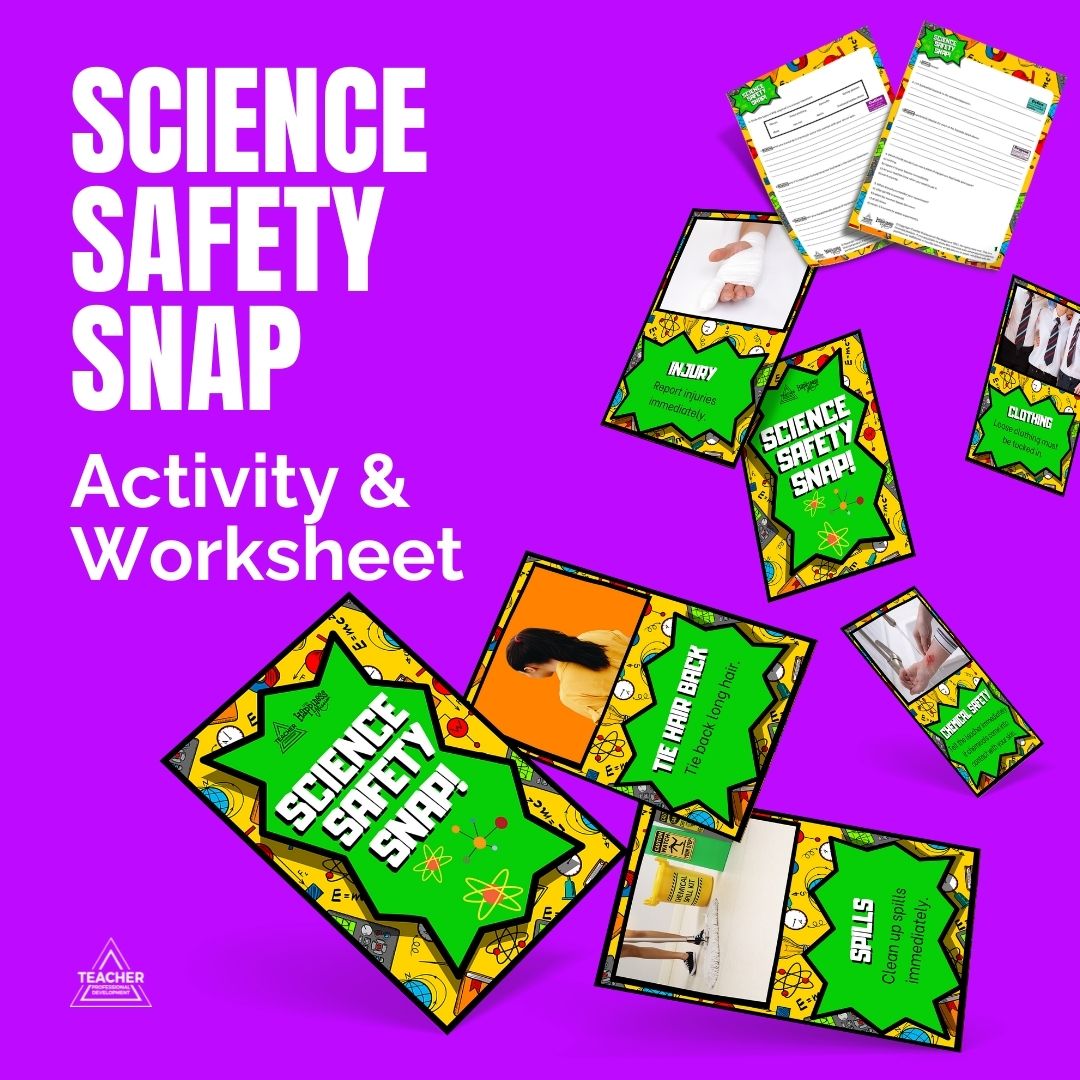 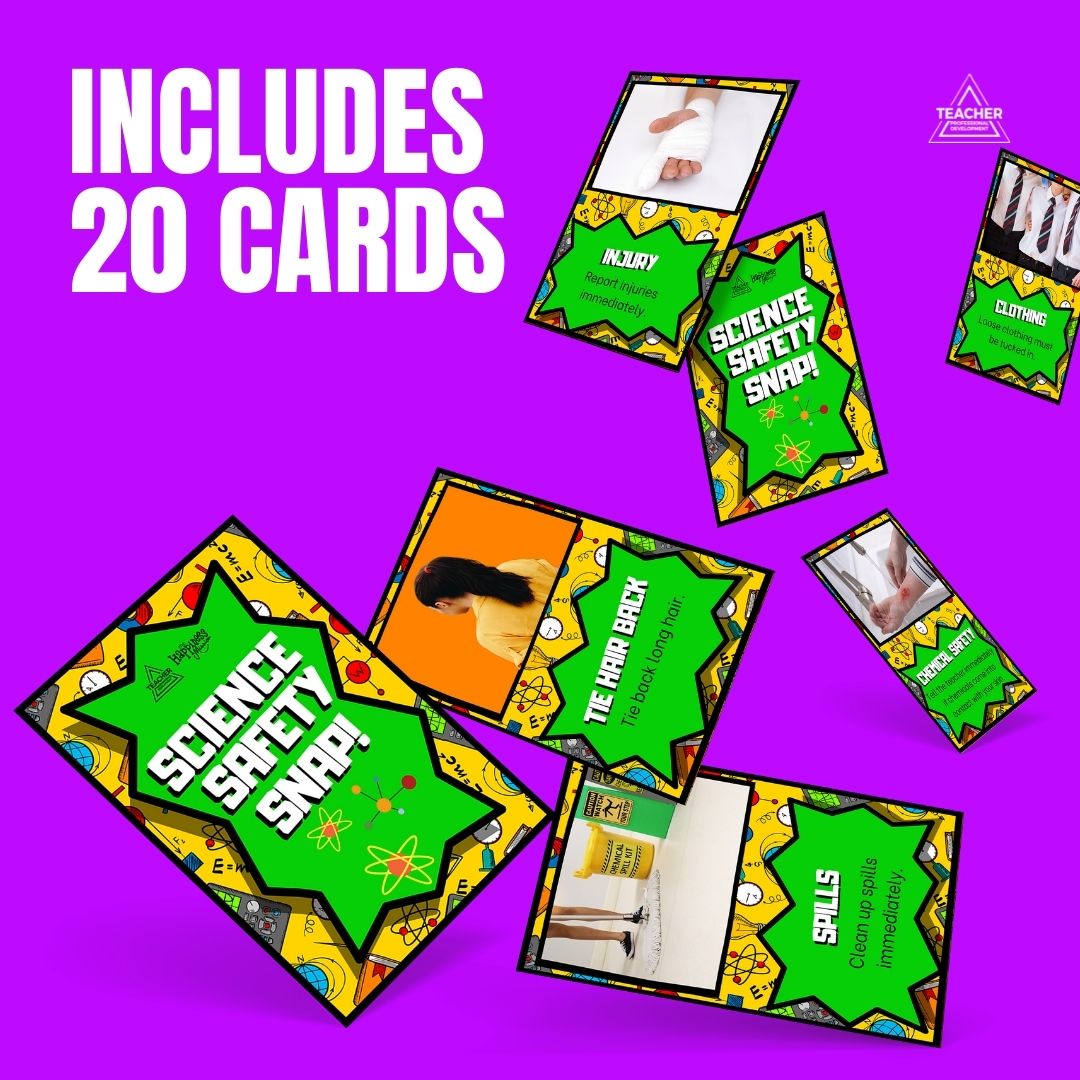 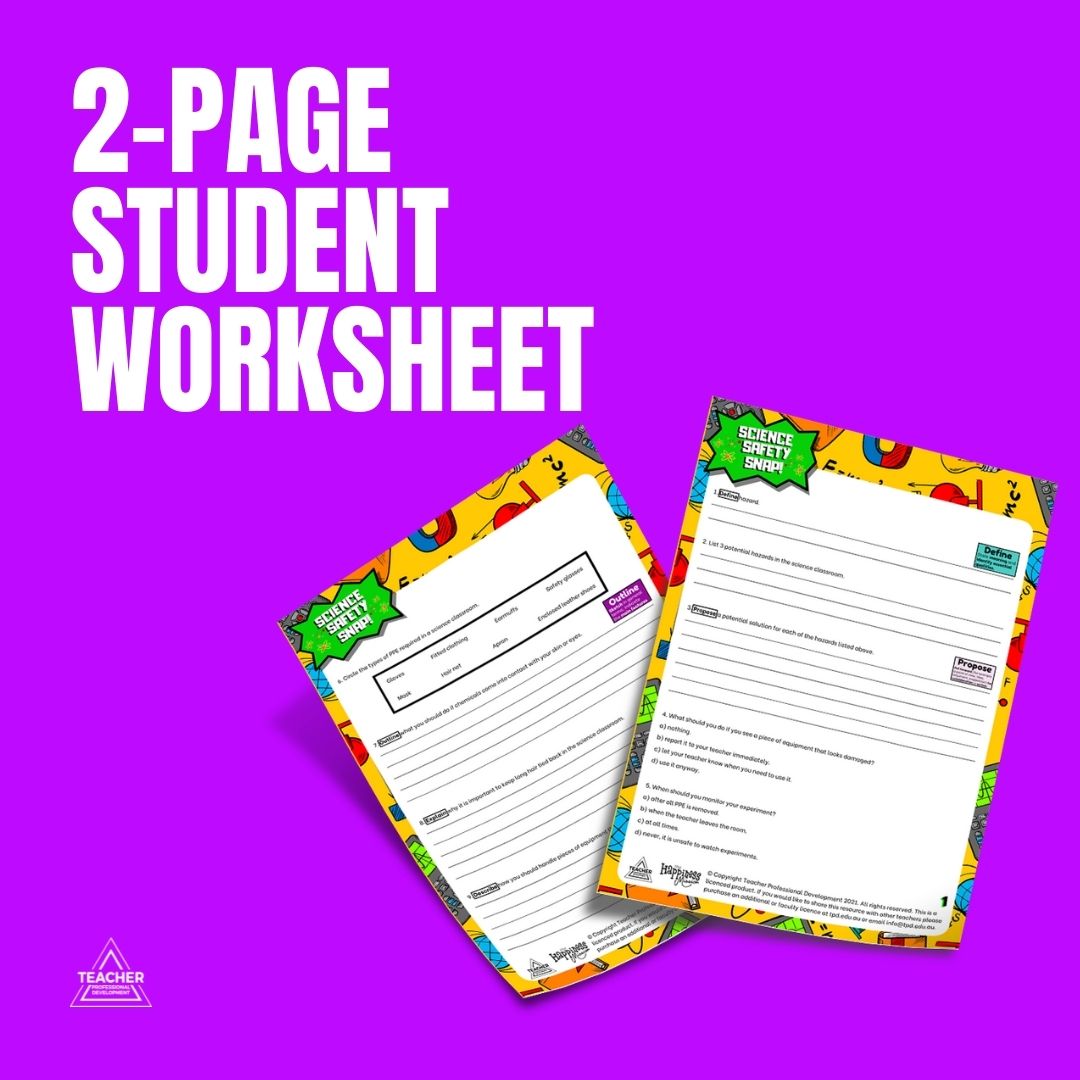 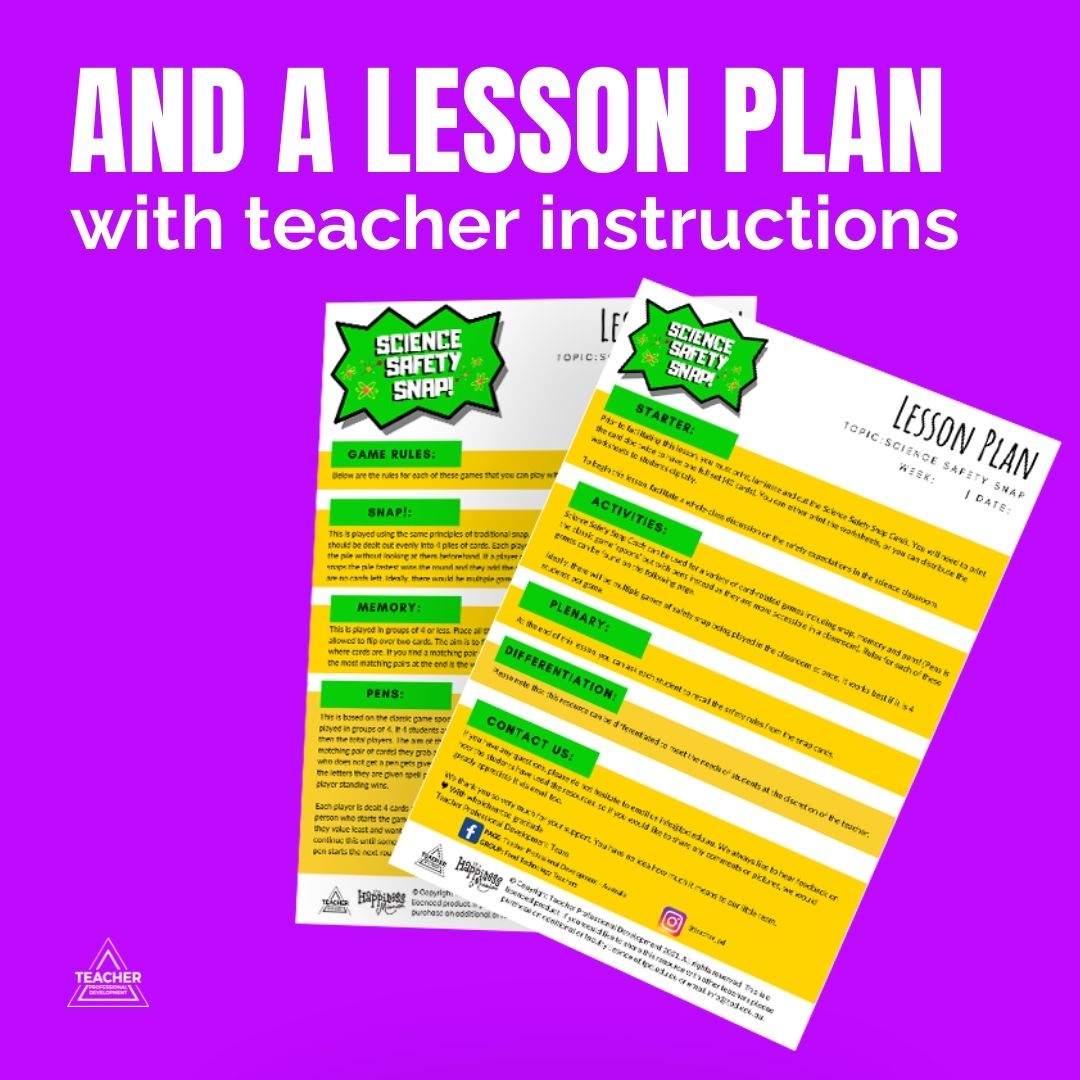 Science Safety Snap
Use this Science Safety Snap resource to help your students learn about hazards in the science classroom! This is a versatile resource that can be used for a variety of stages to meet outcomes that relate to safety within science subjects. This is played using the same principles of traditional snap. The game should be played in groups of 4 and the deck should be dealt out evenly into 4 piles of cards. Each Safety Snap card has a picture and information displayed on it that relate to safety in the science classroom. Each player starts with their decks face down and places cards onto the pile without looking at them beforehand. If a player places a card on top of a card that is identical, whoever snaps the pile fastest wins the round and they add the pile of cards to their existing hand. Keep playing until there are no cards left. The cards can also be used for a variety of other fun games that will also engage your students in learning about safety. Not only will these cards help your students to learn about hazards in science, they’re also fantastic to have on hand for fast finishers. A science safety quiz is also included in this resource to help reinforce your students’ knowledge on hazards and safety in the science classroom. Alternatively, the quiz can be used as a formal assessment task. Pack includes:
$18.99 GST inclusive

Physics is a fundamental science that endeavours to explain all the natural phenomena that occur in the universe. Its power lies in the use of a comparatively small number of assumptions, models, laws and theories to explain a wide range of phenomena, from the incredibly small to the incredibly large. Physics has helped to unlock the mysteries of the universe and provides the foundation of understanding upon which modern technologies and all other sciences are based.

Physics uses qualitative and quantitative models and theories based on physical laws to visualise, explain and predict physical phenomena. Models, laws and theories are developed from, and their predictions are tested by making, observations and quantitative measurements. In this subject, students gather, analyse and interpret primary and secondary data to investigate a range of phenomena and technologies using some of the most important models, laws and theories of physics, including the kinetic particle model, the atomic model, electromagnetic theory, and the laws of classical mechanics.

Students investigate how the unifying concept of energy explains diverse phenomena and provides a powerful tool for analysing how systems interact throughout the universe on multiple scales. Students learn how more sophisticated theories, including quantum theory, the theory of relativity and the Standard Model, are needed to explain more complex phenomena, and how new observations can lead to models and theories being refined and developed.

Students learn how an understanding of physics is central to the identification of, and solutions to, some of the key issues facing an increasingly globalised society. They consider how physics contributes to diverse areas in contemporary life, such as engineering, renewable energy generation, communication, development of new materials, transport and vehicle safety, medical science, an understanding of climate change, and the exploration of the universe.

Studying senior secondary Science provides students with a suite of skills and understandings that are valuable to a wide range of further study pathways and careers. Studying physics will enable students to become citizens who are better informed about the world around them and who have the critical skills to evaluate and make evidence-based decisions about current scientific issues. The subject will also provide a foundation in physics knowledge, understanding and skills for those students who wish to pursue tertiary study in science, engineering, medicine and technology.

Please confirm you want to block this member.

You will no longer be able to:

Please allow a few minutes for this process to complete.